Demonstration of on-chain staking and voting with the Proton Wallet

We’re thrilled to demonstrate the new “Proton Wallet”- featuring on-chain staking and voting for block producers. Additionally, it shows claiming rewards for staking. Click on the play icon above to watch the demo video.

The Proton Wallet will replace the Lynx wallet as the preferred developer wallet for the recently launched Proton Blockchain (see: https://protonchain.com).

The demo shows how a user would sign on with email and password, authenticate their holdings, and stake Proton XPR tokens on-chain. Once staked, these tokens can be used to vote for block producers via a user interface built into the Proton Wallet.

It’s important to note that the “Proton Wallet” is non-custodial with the keys always being stored and encrypted locally on a user’s device. Authentication via biometrics on iOS is implemented using Apple’s LocalAuthentication framework. This is not shown here due to the use of the iOS Simulator for demo purposes.

UnStaking requires a 14-day commitment with the goal of rewarding long term holders with significant staking rewards. 2% of the total supply is paid continuously on an annualized basis to the staking pool, equal to the amount of block producers. An additional 1% is paid to the Proton Council, a term-limited, independent advisory group that pre-qualifies and controls the block producers.

This demo of staking shows a capability that is live on Proton Testnet and an imminent launch on Proton MainNet. Development is working very hard in bringing users the Proton Wallet soon which makes the features very easy to use. 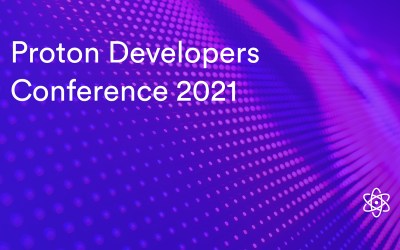 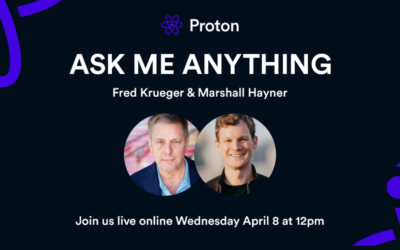 The Proton team had a blast answering your questions during the AMA today! Metal X, our exchange AND our first signing request demo on the Proton testnet was showcased during the stream! Missed the action? No problem! Rewatch the AMA above.

The Proton team has been hard at work and is pleased to showcase its first signing request demo on the Proton testnet!  The Greymass's EOSIO Signing Request (ESR) protocol proposal was used as the transport mechanism to make it all happen. Greymass is one of Proton’s...