We’re delighted to introduce the second project for this month’s campaign, Proton June #BetterBlockchain. Our goal is to introduce the incredibly talented developers behind the projects you know and love.

As part of the campaign, we will publish a ‘Meet The Builders’ interview, alongside their giveaway, so you can find out more about their project, the inspiration behind their vision, what’s next for them, and why they chose Proton.

Please meet the team from this innovative project, Storex!

To start, can you briefly introduce Storex?

Storex is an e-commerce marketplace proudly built on Proton blockchain. The platform is similar to eBay and Amazon except it supports cryptocurrency payments, makes use of blockchain technology, and is governed by a decentralized autonomous organization (DAO). The project was originally developed on Ethereum but later migrated due to the increasingly high transaction fees.

What problem is Storex trying to solve?

The Storex team, along with many others in the Proton community, believe e-commerce suffers from a multitude of problems, often stemming from the centralization of the entire process. For instance, sellers have to pay increasingly high fees to use platforms, which drastically reduces profit margins and disproportionately affects small businesses. This is a key aspect of Web 2.0 which many sellers, and buyers, are keen to move away from. Through the years, you can see an oligopolistic market forming for online retail, with smaller companies struggling to survive against greater, centralised establishments. In some respects, Web 2.0 is regressive.

The only fee sellers pay on Storex is 3% of the sale price, which funds development and hosting costs. Fraud is another problem with e-commerce marketplaces, and the companies resolving disputes are often detached from the entire process. Our dispute resolution process encourages both buyers and sellers to register as arbitrators and collectively resolve disputes. We are trying to decentralize e-commerce as much as possible while keeping the user-experience friendly and familiar.

How does Storex make the blockchain experience more user friendly?

For a start, we are proudly built on Proton which has one of the most user-friendly implementations of bridging cross-chain assets. E-commerce allows a variety of payment methods in the Web 2.0 space, and we will continue this experience into Web 3.0. It is important for our users to have a variety of well-known coins and stablecoins at their fingertips.

We are also keeping the front-end user-experience familiar by taking inspiration from existing marketplaces. Our focus is revolutionizing the technology underpinning these platforms, and not drastically changing the familiar aspects of e-commerce we all know. This will be important for mainstream adoption as the project matures and expands.

Finally, we are very eager to develop a Web 2.0 login system in parallel with existing Web 3.0 methods. The truth is not everyone is ready to embrace the future of the internet, at least not yet. This is why we will allow users to choose their preferred login system seamlessly. The technology in the background remains the same, but the methods for accessing it will vary depending on the user’s preference. If you want to keep custody of your private keys and assets, we encourage you to do so. If you just want to use a cryptocurrency marketplace without all the private key and wallet overheads, we allow you to do so. Mainstream users can take advantage of blockchain technology while keeping the barrier to entry extremely low. It’s really that simple.

Can you tell us a bit more about the Storex management team and their background?

The Storex team currently consists of 6 people from a variety of backgrounds:

Can you tell us more about Storex’s vision?

Our vision is to change how e-commerce works on a fundamental level. Gone are the days of being held hostage by Web 2.0 marketplace fees and being unable to accept cryptocurrency for your own goods and services. Decentralized e-commerce brings all of this, and more, to marketplace users.

We want to build a platform that is accommodating to both Web 2.0 and Web 3.0 users. We won’t reach mainstream adoption by ignoring the current and largest demographic of marketplace users. It will be a gradual process, but a necessary one. Storex will be one of the first examples of a platform facilitating true decentralized e-commerce with active cryptocurrency purchasing powers. That accolade alone is a powerful drive for our team. We will not stop until that vision becomes a reality for everyone reading.

Tell us about what led up to building Storex. Why did you start this?

Every Storex team member has bought and sold goods on existing platforms, and been subject to the increasing list of problems. We share your frustrations. We started this project from our passion for e-commerce and our desire to improve the system. E-commerce is a fundamental part of so many lives, including ours. We want to return control back to ordinary users and away from corporations.

Why did you choose the Proton Blockchain to build Storex?

Proton’s zero fees were incredibly appealing to our project as we believe most of our transactions will involve low-value items. Very few people will be willing to purchase goods or services if the transaction fee exceeds the value of the product. Proton’s support for cross-chain assets was also incredibly useful because we no longer needed to facilitate the bridging of assets ourselves. Proton’s focus towards payment processing ultimately drove us to migrate to the blockchain, even though we had to re-create the blockchain code from scratch and heavily modify our back-end. It was a very easy decision to make.

What benefits do token holders have with Storex?

The STRX token is an integral part of the marketplace and has several unique purposes. It will be the natively supported payment method, holders can stake STRX and earn tokens, buyers will receive cashback on purchases made with STRX, sellers will pay 0% processing fees on sales made with STRX, merchants can promote their listings by paying a fee in STRX, users can lock STRX tokens to become arbitrators and help resolve disputes, users can lock STRX tokens to become governance council members and help shape the future of the platform, and more to come.

Can you tell us a bit more about what’s coming next for Storex?

The project is currently in its final stages of development, with the majority of smart contract and back-end code complete. We are currently improving the user-interface by fully redesigning it for our launch on Proton. The marketplace will be released later this year.

After the launch, we have a roadmap for releasing additional features and tools, while working alongside the governance council to make improvements. We are incredibly excited to see how the project will grow by next year. 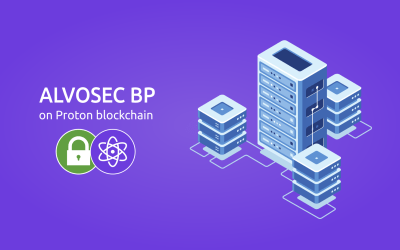 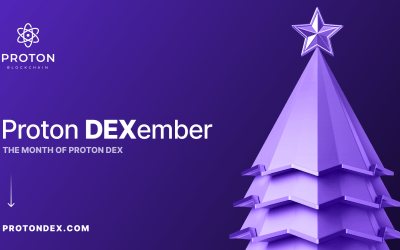 It wouldn’t be right for us to finish the year without a traditional Proton Blockchain wordplay, and that’s why we’re seeing out 2022 with the launch of DEXember. #DEXember — Marshall Hayner (@MarshallHayner) November 24, 2022 The DEXember campaign is a month... 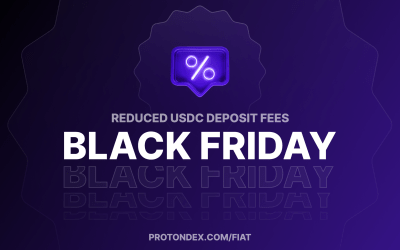 At Metallicus, we believe everyone should offer Black Friday deals, not just your favorite online shopping retailer. That is why we are delighted to announce that we have slashed the fees for the Proton Blockchain Fiat On-Ramp from today until December 31st, 2022....

Metallicus is delighted to announce the launch of the Proton Blockchain Decentralized Exchange (Proton DEX), a peer-to-peer marketplace that connects cryptocurrency buyers and sellers with each other while simultaneously ensuring that users remain in control of their... 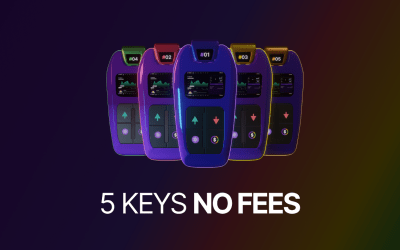